Meet our exceptional army of influencers, artists, writers, researchers, and educators.  Bring us to your community to experience inspiring, cutting-edge, and unique perspectives on Jewish identity. We offer speaking, teaching, press appearances, writing, and consulting. 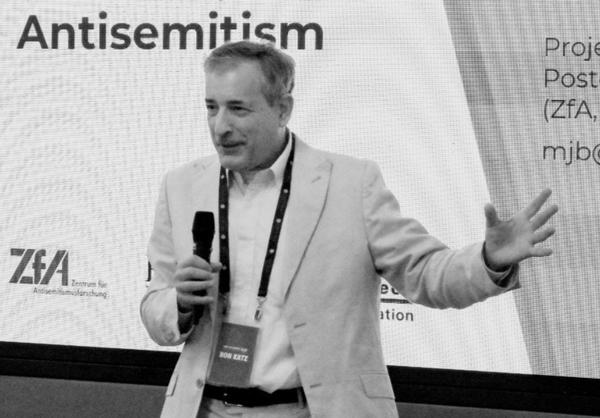 Ron Katz is an authority on rhetoric, propaganda, and persuasion. His research and writing have appeared in books, academic journals, and periodical publications. He received his Ph.D. from the University of California, Berkeley. 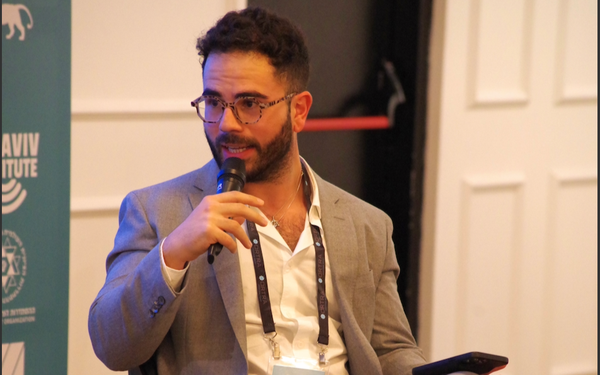 A globally-recognized speaker, educator, and digital influencer. Historians credit him as the founder of "Mizrahi Hertiage Month," and he has written for NBC News, Newsweek, and the LA Times. He has appeared as an expert on Jewish issues on four continents, over 500 college campuses, BBC, SkyNews, TEDx, and countless Shabbat dinners. He was named in Algemeiner's top 100 people positively influencing Jewish life, the top 50 online pro-Israel Influencers, Top 50 LGBTQ+ Influencers, and won CAMERA’s Portrait in Courage Award. 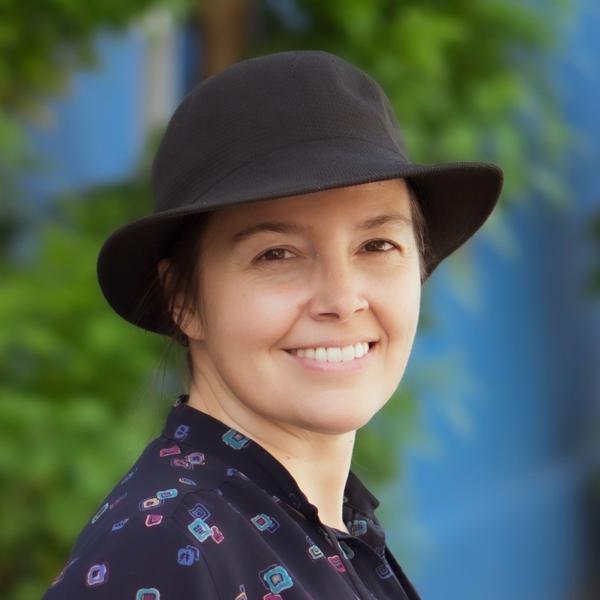 Dr. Olga Kirschbaum-Shirazki is a historian and co-founder of the Tel Aviv Review of Books. She has a PhD in modern European history from NYU. As a researcher and translator she has collaborated with numerous  authors and organizations on the topics of Jewish history, inter-religious encounters and the universal in Judaism.  She is also the co founder and editor of Tel Aviv Review of Books, an online review that presents the entire spectrum of views from and about Israeli culture, religion, and politics to an international audience. 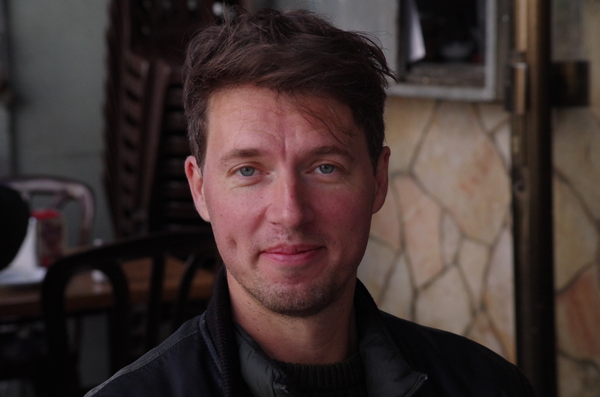 A linguist whose research focuses on discrimination in mainstream society and the construction of implicit hate speech. Since 2020, Dr. Becker leads the international research project “Decoding Antisemitism”. In this 3-year pilot project, 9 researchers analyze antisemitism on mainstream news websites and social media platforms in Germany, France, and in the UK based on a mixed-methods approach, also integrating AI technology. who analyze antisemitism on news sites and social media using AI.
Load More Articles
Close ✕ 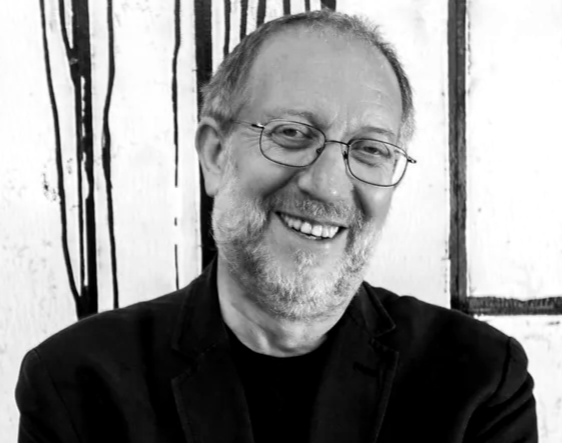 An award-winning journalist and NY ﻿Times Bestselling author. His book, Like Dreamers, won the Jewish Book Council's Everett Book of the Year Award. His latest book, Letters to My Palestinian Neighbor, is a New York Times bestseller. He writes for leading op-ed pages in the US, including the Times and the Wall Street Journal, and is a former contributing editor to the New Republic. A senior fellow at the Shalom Hartman Institute, he co-directs the Institute's Muslim Leadership Initiative, which teaches Muslim American leaders about Judaism. 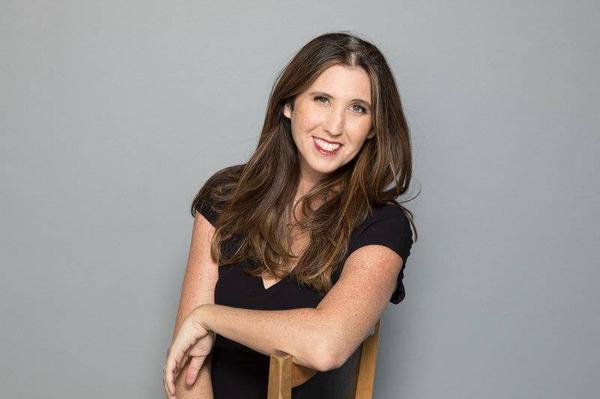 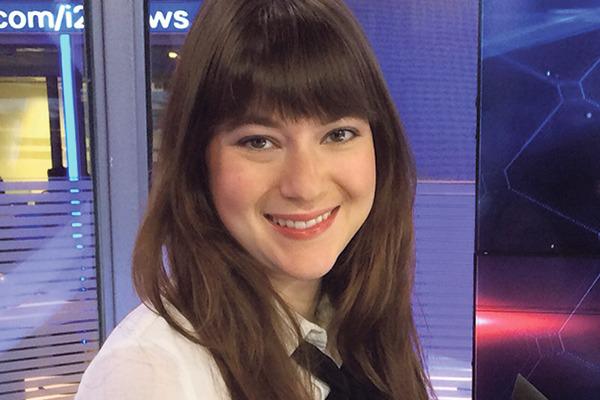 The Senior Contributing Editor and Diplomatic Correspondent of The Jerusalem Post. She reports on and analyzes Israel's relations with the world, the Prime Minister's office, the National Security Council, the Foreign Ministry, and more. She interviews major figures across the Israeli political spectrum and is well-connected to the country's top lawmakers and diplomats. She is often invited to lecture on Israeli government and politics, and international news outlets, such as the BBC, France 24 and Sky News have sought her insights. 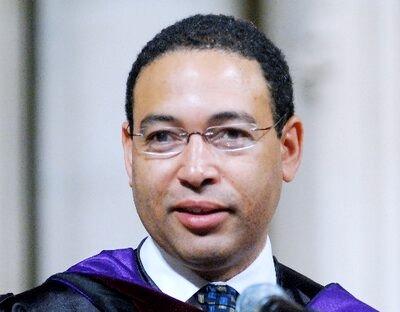 Senior Pastor of Grace Congregational Church of Harlem. Pastor Pearce has served on the Board of Directors for The Lighthouse, the Samaritan Health Services, Make-A-Wish Foundation and now currently serves on the board of HCCI and Chairperson of the real estate committee. Before joining the ministry, Reverend Pearce was a successful investment banker. Here, he serviced and invested money for urban economic developments and helped entrepreneurs raise start-up funding, write business plans and organize.

The New York Times bestselling author of Jew-ish. Jake studied at the Culinary Institute of America. At SAVEUR magazine, where Jake led up recipe testing in the publication’s test kitchen. After SAVEUR, his career led him to write and contribute to dozens of food publications, as well as serving as the Food Editor of TastingTable.com and the food critic for Time Out New York. He's appeared in the Huffington Post, Food and Wine, Food52, Taste Cooking, Real Simple, Everyday with Rachel Ray, Extra Crispy, Genius Kitchen, and PureWow. 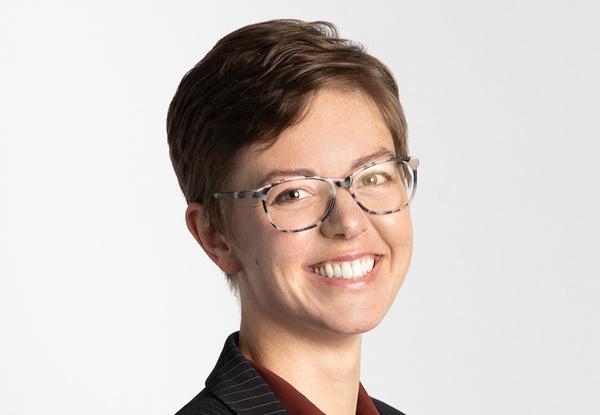 Ada Danelo is an attorney and advocate for queer and Jewish rights. They have worked in Jewish advocacy for over a decade, focusing on issues involving intersectionality and the identification and promotion of common ground among diverse communities. They are also the treasurer and secretary of Tel Aviv Institute.

The daughter of Iraqi-Jewish refugees, Lyn Julius founded Harif, the UK Association of Jews from the Middle East and North Africa. This organization raises awareness of the history and culture of the vanishing Jews from Arab and Muslim lands. She has organized over 200 events - talks, film screenings, concerts, debates, and book launches on subjects ranging from Judeo-Arabic to the Iranian revolution. Her book Uprooted: How 3,000 years of Jewish Civilisation in the Arab World vanished overnight was published in 2017.
Load More Articles
Close ✕ 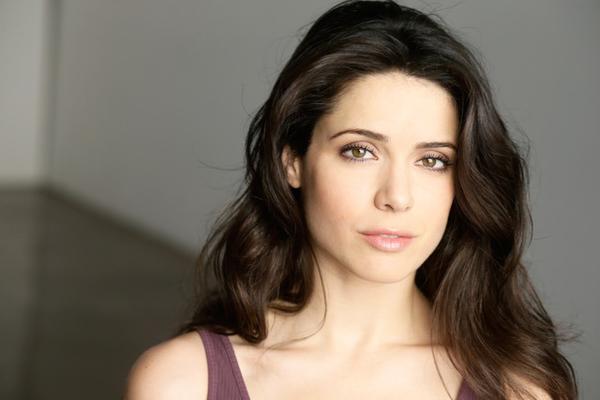 Ali Cobrin Resnick is an actress who splits time between New York and Los Angeles. She has appeared in such films as "American Reunion" (Universal), “Neighbors" (Universal) and “The Iron Orchard." Her upcoming television show “The Baxter’s” (MGM) is slated to release in 2022. 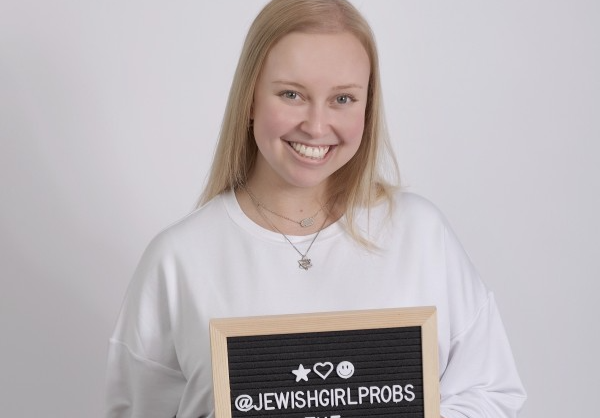 The meme queen behind @Jewishgirlprobs, a home to viral jokes related to Jewish women. She works full-time as a content specialist for Snapchat. She is a social media, digital marketing, and creative strategy maven with a combined 10+ years of experience in marketing communications roles. She has transformed the digital presence of 75+ top-tier global brands. 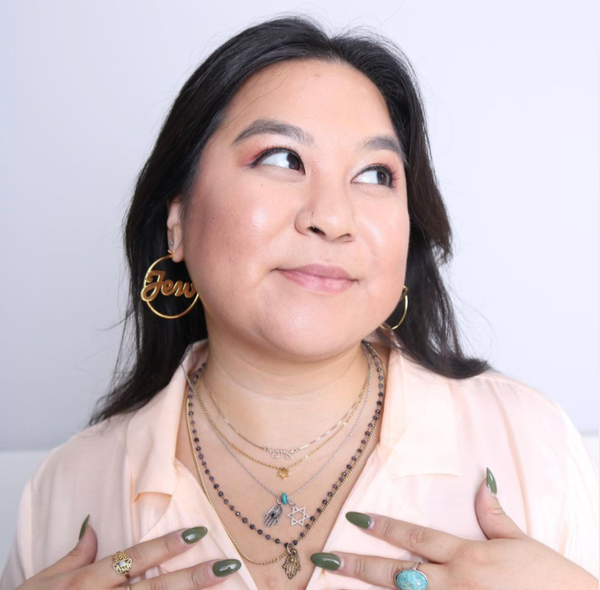 An advocate and educator from California, While living in Israel for over half a decade, she created "The Asian Israeli," where she cataloged her experiences as a Chinese-American Jewish woman. Previously, Amy was Hillel President and Co-Founder of the Israel group on campus at Portland State University. 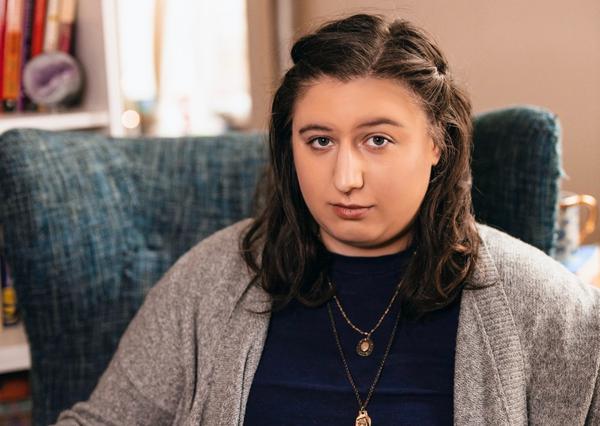 A social worker and psychotherapist who specializes in trauma, eating disorders, the Jewish community, and fat liberation. Ash is also a storyteller, writer, and illustrator who uses their art and words to spread messages about Jewish identity, the complexities of mental health and eating disorders.

An innovation and non-profit leader with experience creating and leading programs focused on diversity, equity, and inclusion. Avery works on commercials and music videos as a video technician and director. He co-founded The Arts Project Syracuse with his brother Hughie to bring arts education to under-resourced youth in his hometown. 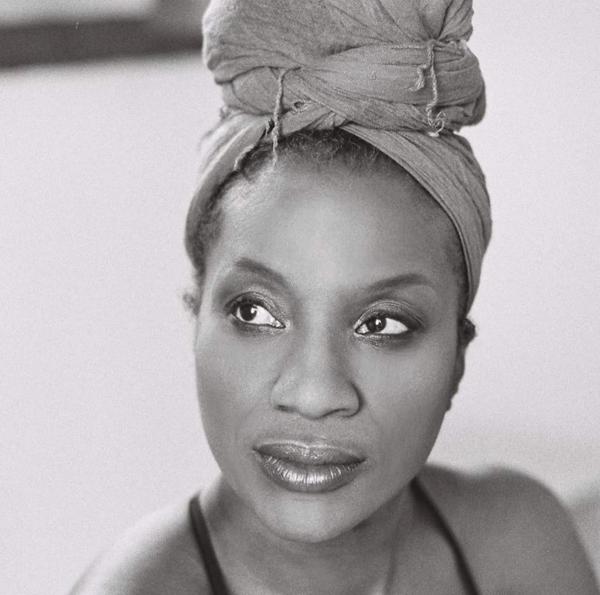 Chaya is an Israeli dancer and comedian. She uses humor, candidness, and bold-faced honesty to take on contemporary antisemitism and racism, unpacking the ways they connect. 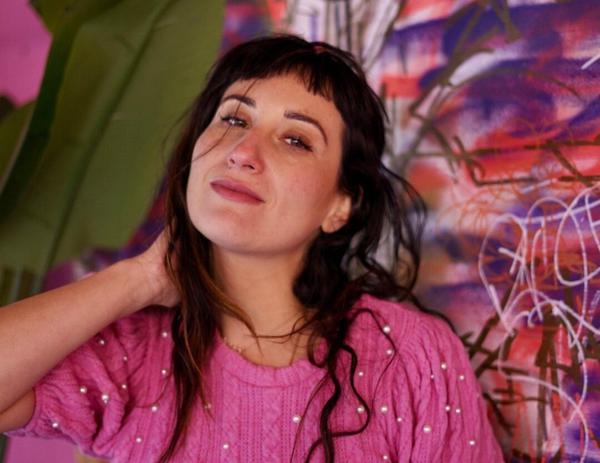 An actress known for her roles as Rabbi Zoe on CBS’ God Friended Me, Jane in HBO’s Scenes from a Marriage, and extensive stage work with The National Yiddish Theater Folksbiene. She hosts the podcast Mom Curious, a safe space to ask moms of all stripes what the real deal is. BFA: NYU Tisch. She sheps nachas over her two kids Ness and Paz + advocates for a better world. 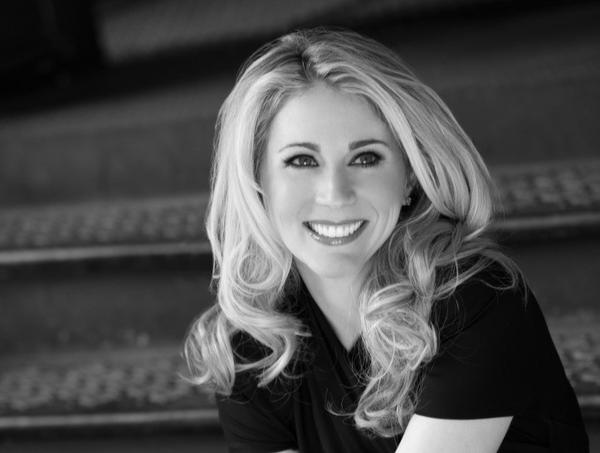 An internationally recognized sexuality educator, writer, and speaker who has spent two decades deconstructing double standards, myths, and creating environments where young people have quality sexuality education. She uses these skills to destigmatize conversations about Jews. She's a Chair of Caravan for Democracy, which sends non-Jewish students to Israel on a leadership mission. 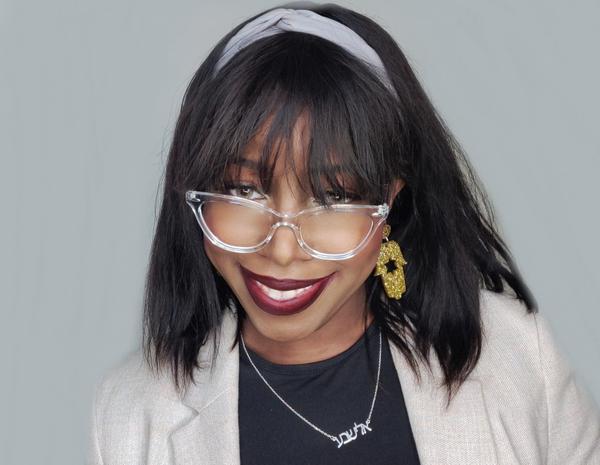 Elisheva Rishon is the founder of Eli7Designs, an indie apparel brand. She uses fashion to celebrate her identity as a Black dark-skinned American Orthodox Jewish girl, from her #Jewishvibe Collection, The Melanated Beauties collection, to the Ethnic-Racial Celebration Collection. She frequently appears as a speaker on how to end antisemitism and racism. 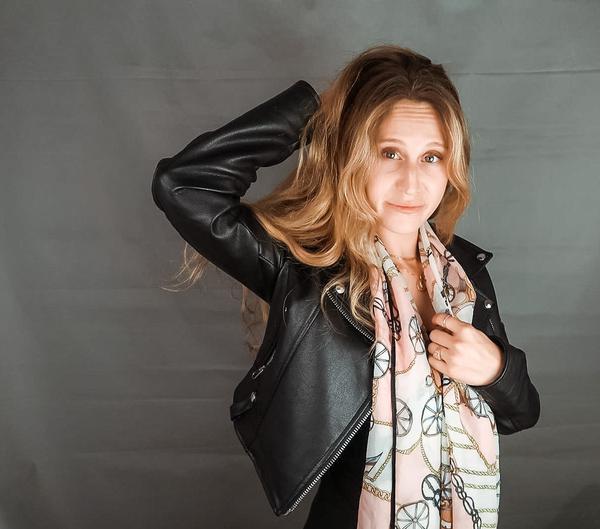 Hallel Silverman is an American born, Israeli raised digital activist and blogger located in Tel Aviv. With nearly a decade in Israel Advocacy, Hallel has created and executed content for dozens of major organizations, and has been a leading voice online for progressive Zionism. 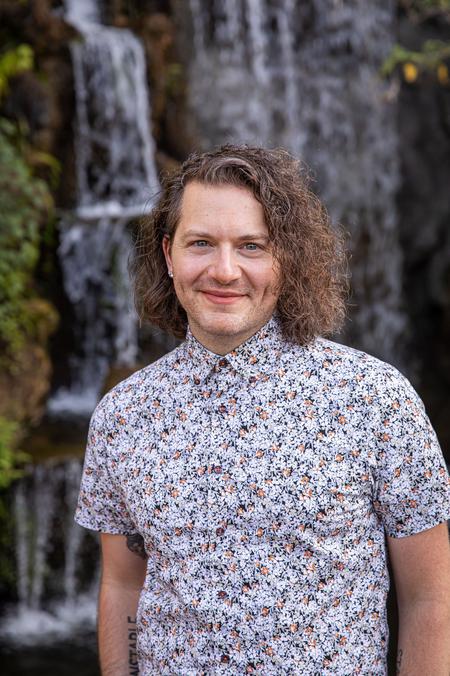 An Emmy Award-winning songwriter and Jewish activist. Passionate about the connection between music, comedy, and social change, Hughie performs regularly across the country with his musical comedy band Lewberger, who were finalists on NBC's Bring the Funny and received a standing ovation on America's Got Talent. 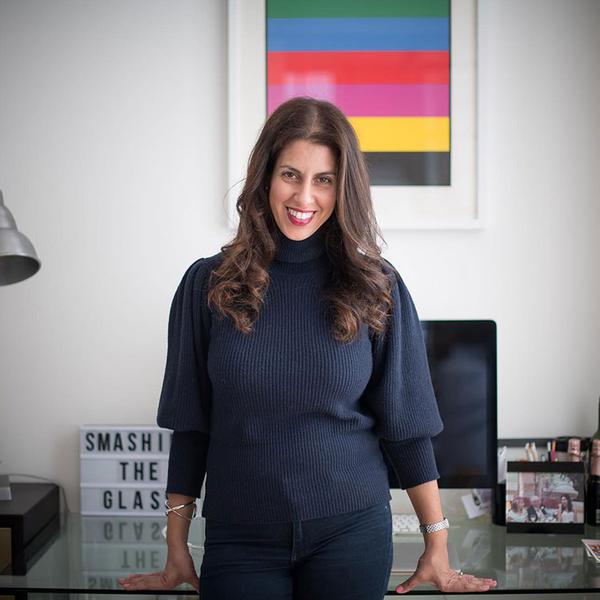 The award-winning founder of Smashing The Glass, the most prominent Jewish wedding media website globally. Her blog has since been featured in The New York Times, The Times, Mail Online, Elle Decor, Brides Magazine, and live on BBC World News. Outside of weddings, she runs the Jewish lifestyle brand and podcast Your Jewish Life. 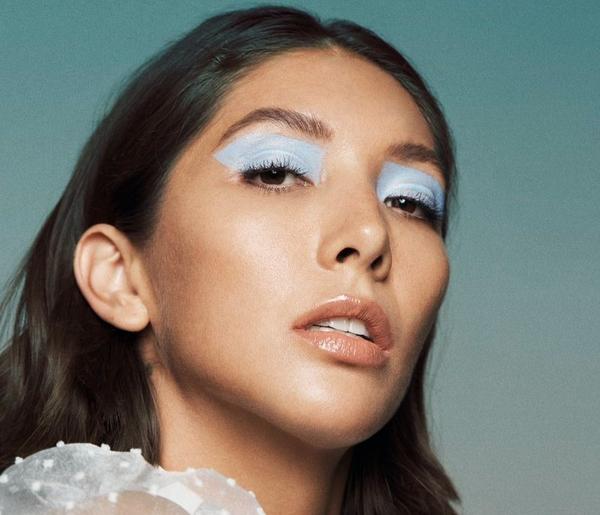 A prominent Lakota-Sioux and Jewish activist and model. She has modeled for major retailers like Express, and her activism has been reported by The Washington Post. Lani founded the brand "Indigenous Not Invisible" to advocate for Native American while standing up against antisemitism and other forms of racism. 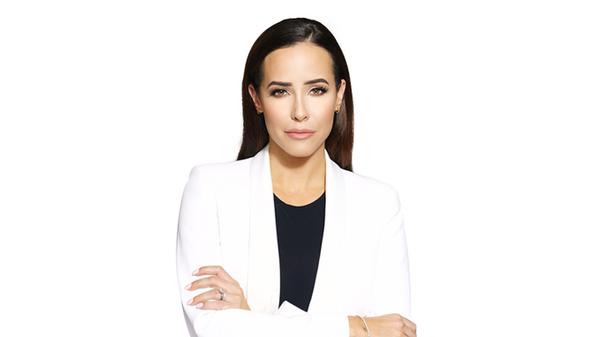 Liz is an entrepreneur, on-air host, and beauty expert. She developed a multi-use skincare tool and partnered with Nudestix, a global cosmetics brand estimating nearly $65 million in sales, who expect Kennedy’s Beauty Magnet tool to be the next breakthrough in beauty. 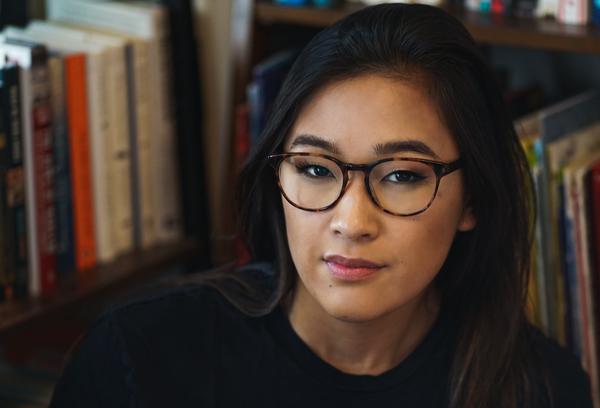 An antibias writer, facilitator, and educator. As a Korean American, Jewish, queer adoptee, brings an inclusive lens to her work with schools and organizations throughout the world. She is the bestselling author of Start Here Start Now: A Guide to Antibias and Antiracist Work in Your School Community. In 2019, she gave the TED Talk "How to teach kids to talk about taboo topics."

A fashion influencer who advocates for Jewish people. She founded the “Real Love, Real Loss” movement to destigmatize pregnancy loss for Jewish women globally and single-handedly built a campaign to raise $57,000 for a Torah for the IDF in memory of the souls who never made it past the womb. 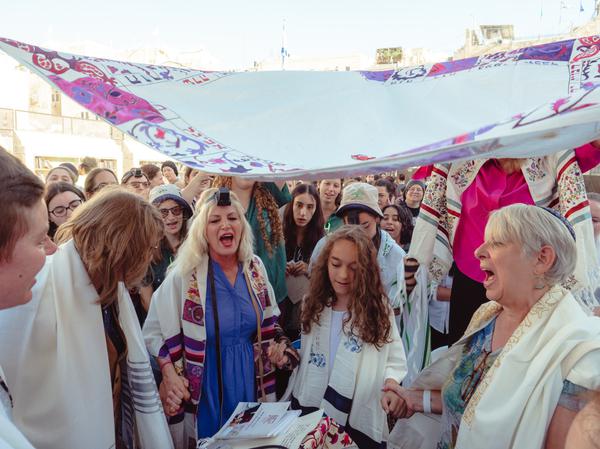 Lucia is an eight grade student from Washington who enjoys soccer and basketball. Following her Bat Mitzvah at the Kotel in Jerusalem she decided to devote her time to work for equality and inclusivity in the Jewish community. 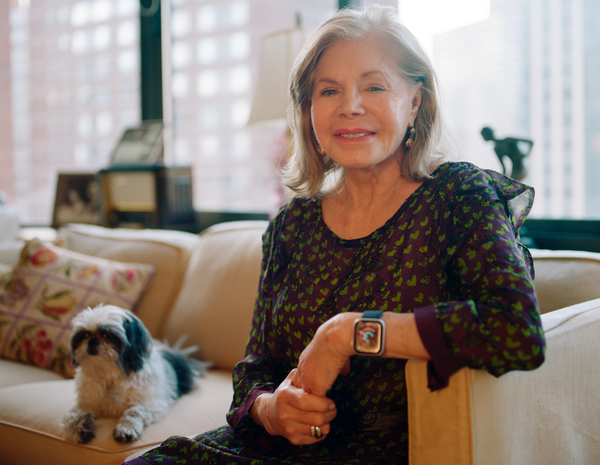 Lucy is an 88-year-old childhood Holocaust survivor and author of "Long Journey Home." When she was 6-year-old, her family fled on foot from Poland to Siberia. After the war, she bypassed high school to go into hard labor, but went back for an education and now has a Masters's degree from New York University. She is a mother, grandmother, and Twitter queen.

The Empress Mizrahi, aka Matthew Nouriel, is a non-binary advocate of LGBTQ+ rights within the Iranian & Jewish communities, who combats antisemitism online. They have taken on leadership roles in JDC Entwine and JQ International. In 2021 they were the recipient of the TrailBlazer Award at the JQ International annual Impact Awards. 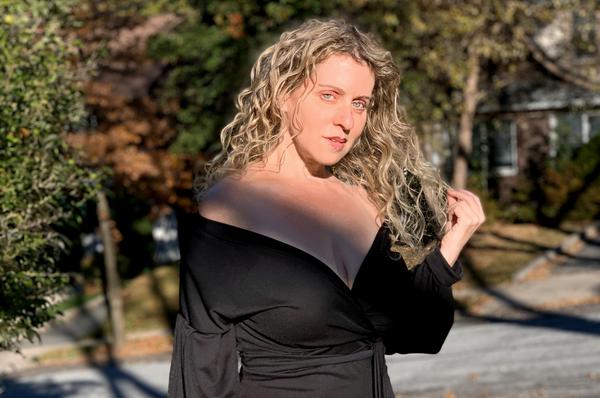 A digital content creator who works with brands to amplify their products across her blog and social media networks. She began her career as a newspaper journalist for publications like The Washington Post and Ladies Home Journal until she decided to dive into the digital space. She advocates for Israel's right to exist as well as sharing its humanitarian achievements.
Load More Articles
Close ✕

Our Education in Action